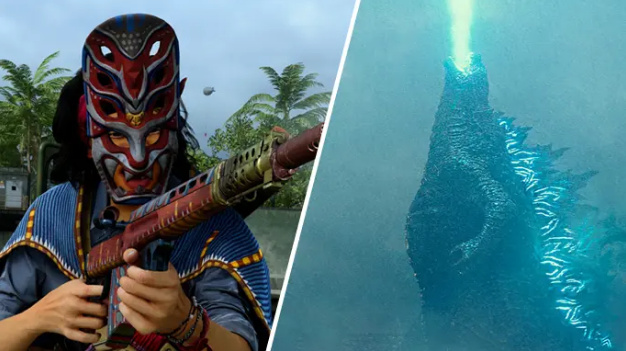 Cross-overs and collaborations have been expected between Call of Duty and TV and movie series in recent years. The shooter franchise has featured Die Hard and Attack on Titan in some capacity.

Warzone and Vanguard are about to embark on their third season of post-launch content. The first trailer for the cinematic trailer teases another crossover featuring an iconic beast from the big screen.

This trailer is a minute long and highlights Task Force Harpy’s arrival in the storyline. A few seconds before the ending, fans believe strange soundings point to the highly-rumored Godzilla crossover.

The trailer ends with a mysterious message that says “something far greater and more terrifying than anything we could ever imagine” as the Task Force fights against the opposition. A Tweet from Call of Duty shows a strange sound that sounds like “monsters” when placed on a screen.

According to previous leaks, the crossover has been in the planning stages. This excitement was heightened by players who claim that the Caldera map design is confusing. Raven Software may be planning significant map changes to improve the layout on the Pacific island if Godzilla appears in Season 3.

Season 3 of Warzone and Vanguard will begin on April 27th. There’s a good chance that Godzilla will appear on Caldera in the new season. We still don’t know how the monster will be integrated into Vanguard. Let’s pray Godzilla is not another Krampus case.